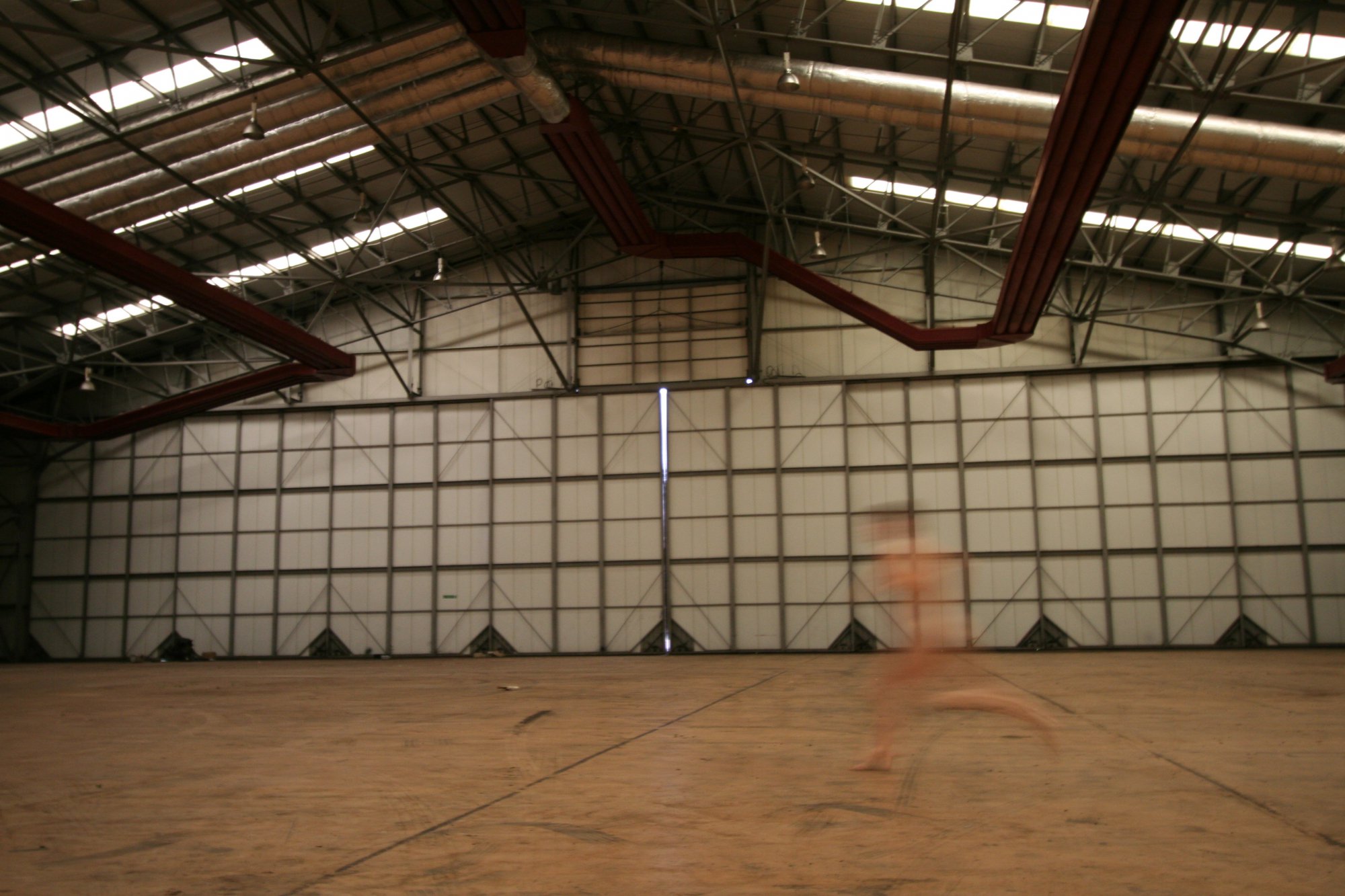 The personal is political. The Peace Camp renews my faith in the power of individual action. One woman starts out on a journey because she feels with every fibre of her being that something is wrong, that something must be done. Hundreds join her, then thousands: ‘Protest and Survive.’

“I am stunned by the cold war brutality of the buildings. Even the soft edged nuclear bunkers, usurping the camouflage of nature, have an insidious presence, like army crew cuts, shorn close. They hunker down, camouflaged. I think about the women on the outside and army on the inside and how now I too am on the inside and what that looks like and what that feels like. Cold. Hard. Military. Male. I undress.

In these harsh military spaces, I am flooded with the desire to transgress, infiltrating the expanses of concrete and metal in the hangars and on the airstrip with the illicit softness of the female.”
– Helen Paris

“Curious go in for those who were there before, gaining access to places we shouldn’t be. Silos as primitive spaces, concrete perimeter blocks like standing stones – emblems of human conflict. Whilst Curious are at Greenham Common, the nuclear debate notches up a gear. The UK votes to develop the successor to Trident and we plummet once again into the post-nuclear, nuclear age we realise we have never really left. Whilst fear is all around us, Greenham seems almost to hark back to a better, more innocent age; a time when the ‘enemy’ was finite and naïve people believed that a nuclear bomb could save the world. A time when people could gather and protest and if they did enough perhaps they could make things change.

In this fraught location, Curious create a set of incongruous figures, conjuring ghosts of those who have previously found themselves there. The figures of two women infiltrate these spaces, lost, alone and illicit. Helen, as the echo of a woman in spaces the Peace Camp women would rarely, if ever, have entered. With paint peeling, a haunting soft body in a hard military place. Motion in stillness as time catches up.”