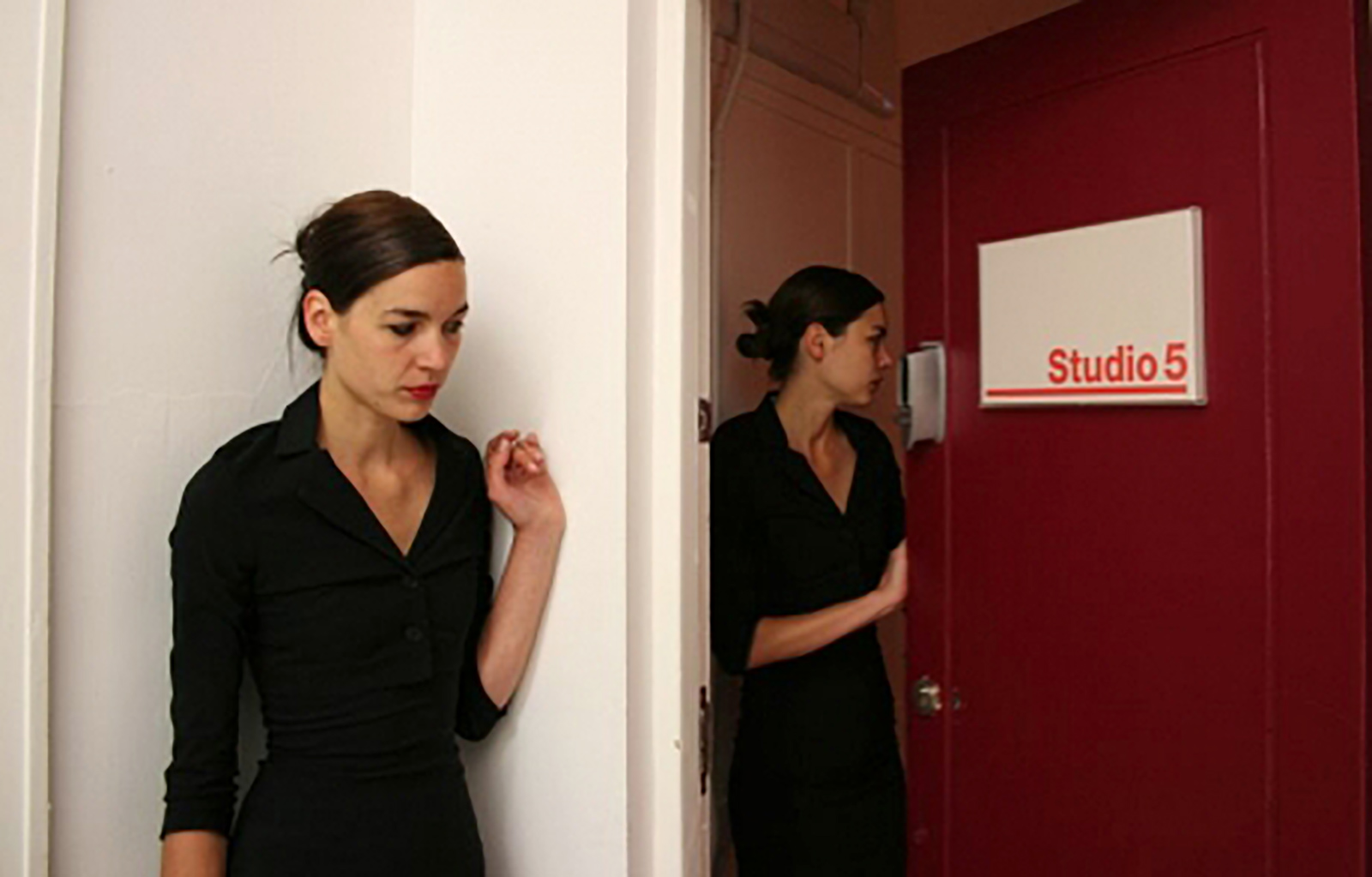 How close is too close?
I miss you already.

Initially created in 1999, funded by an Artsadmin bursary, Vena Amoris is a one-to-one interaction designed—not through face-to-face communication – but rather relayed via voice (a cell phone); a theatrical architecture through which to explore the degrees of contact possible between audience and performer. Over the course of the performance, audience members are invited to join Paris, one at a time, in a series of explorations of narcissism, isolation, and immobilization, in which lone journeys converge. Performer and Audience roles become blurred as you are led through a vast building, guided only by a voice on the phone that whispers urgently, intimately into your ear, sound as caress, leading you to an empty stage that, the moment you step onto it, fills with your spotlight, the curtain rises, the music begins… You navigate old black and white films secreted in secret cupboards, pass through a doorway guarded by two identical women, meet the performer, fleetingly, through a ghostly apparition in a two-way mirror. A love song, a poem, an encounter, and a soupçon of magic.

Funded and commissioned by Artsadmin.

“The piece begins with a call on my mobile phone while I’m waiting outside. It’s Paris, telling me she’s going to stay on the phone with me, and inviting me to enter the theatre. The theatre is empty, with a chair lit up in the middle of the stage. She asks me to sit in the chair. When I do, the house lights go down, the stage lights blind my view of the auditorium, Doris Day starts singing ‘Make Someone Happy’, and Paris starts talking about the danger of theatre. Not the moral or emotional danger, but the physical danger – the risk of fire from the gaslight of pre-electric theatres, the reservoir of water that used to hang over the stage, invisible to the audience but always at the edge of the actors’ awareness, and the symbol of comfort that is the fire curtain.

Following Paris’s instructions, I am led through the levels of Toynbee Hall, up its stairs, inside a fire cupboard, and at one point into a room actually called the Fire Room. I watch a film which Paris tells me was made by Thomas Edison, while she describes to me – over my mobile phone – Edison’s rival Nikola Tesla’s dream of free wireless energy. Alone in a room with a whirring Van de Graaff generator, I am asked to turn off my phone and then feel the generator’s electric charge with the third finger of my left hand, the finger that Paris tells me the Egyptians believed was connected directly to the heart. A beautiful woman opens a door to reveal her twin on the other side, and at the journey’s end I sit before my own reflection in a dressing room mirror ringed with incandescent bulbs. And in a brief glimpse there is a moment of contact, but with little more than Paris’s shadow.

The idea of the one-to-one performance seems to hold the promise of escaping from the trickery of ordinary theatre, of establishing a real and direct connection between performer and spectator. Helen Paris’s Vena Amoris does the opposite: it immerses the spectator in exactly that theatrical trickery, that vantage from which the mechanism behind the illusion is revealed; and it defers and obscures the direct contact for which it nonetheless yearns. But in this itinerant experience, a complex relationship between the magical and the practical is developed, and the illusory becomes all the more compelling for having its workings exposed.

What is the danger of falling in love with an illusion? Does it hurt anyone to believe that the singer is singing just for me? That the sound of your voice on the phone is the same as being with you? The connections between us are fragile enough (as I found out after my phone gave out briefly); it’s no wonder we mythologize the technology that connects us, even long after we’re gone.”