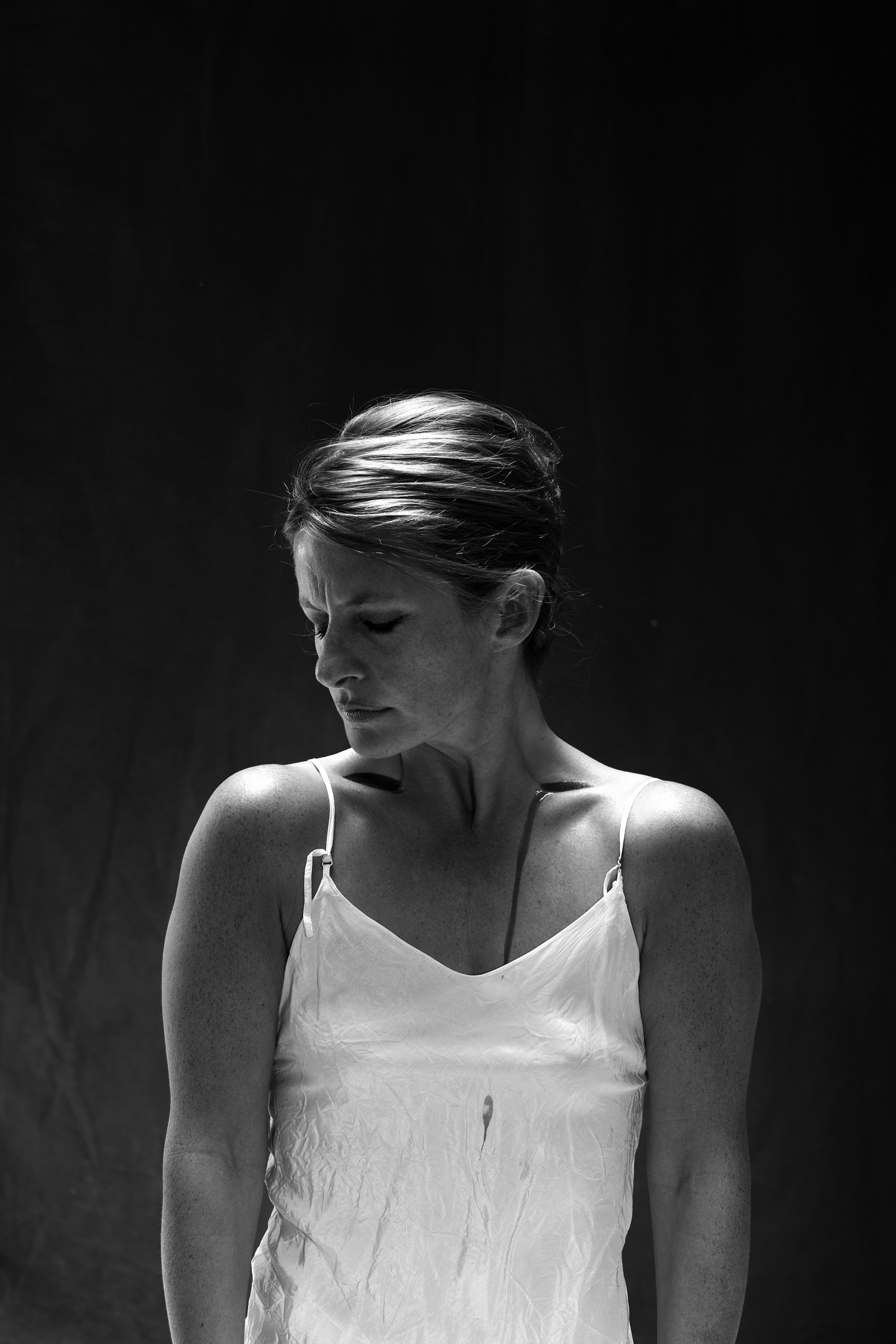 How can we say all the things that we want to say before it is too late?

Best Before End is a solo performance about time running out, the title playfully invoking the sell-by date on perishable goods. On a deeper level the piece speaks to temporality and mortality. How can we say all the things that we want to say before it is too late?

The tension of time running out is woven into the performance, which is redolent with recurring imagery of falling, ice plates calving and attempts to halt and rewind. This culminates in a stark and dramatic final sequence in which a woman falls to the ground over an impossible span of ten minutes, defying gravity, denying mortality. Paris employs her trademark style, blending the darkly comic with the poetic to create a piece that is humorous and moving in equal part.

All that time I thought we were dancing
Together in rhythm, a duet
our Cha-Cha, our Salsa, our Rumba
our Slow Dance, our Jig, our Quickstep…

“Much of the work that occurs within the broad category of contemporary ‘post-dramatic’ performance to which Best Before End might be said to belong, attempts to use the resources of the theatre in an allusive and poetic fashion. This particular show however, simply is a poem. This means that (like all the best poetry) Best Before End is at once elegantly simple in its stylistic economy and yet exceptionally dense in terms of its potential import. This makes me wary of writing about it for fear of offering an interpretation that might be reductive or which might otherwise spoil its impact for a future spectator. Nevertheless…

The elements that make up this poem include: a sparse, beautifully written script; Graeme Miller’s shifting score which mixes noise, music and ‘natural sound’, a full length sleeveless black slip and an almost identical dress; a pair of elaborate high-heeled shoes, a daffodil, a shabby red arm-chair, a hand full of sugar cubes. What makes it a poem is the way these things are orchestrated and articulated by Leslie Hill’s direction and by Helen Paris’s performance, through, around and in relation to each other and to the space of the stage – but above all to Paris’s voice and body. Paris is a gifted and intelligent physical performer. In all the Curious shows I have seen, she creates a complex physical ‘score’ that works alongside, in counterpoint or in contrast to the other verbal and non-verbal aspects of the piece. In Best Before End she is at the height of her powers, using her body to weave complex images that are by turns sculptural, sinuous, playful and painfully contorted. At the start of the show as she stands her in her black slip, her arms and face picked out in sharp relief against the surrounding dark, with red wine leaking like tears from the hollows of her collarbones, she is also at the height of her particular, striking neo-classical beauty. A figure from an ancient frieze.

Paris’s opening words in the show invoke an image of leaning back and the stars falling into her mouth, echoed in latter images of sugar cubes as stars (eventually crushed under her heels) and this makes a running thread in the piece that connects the potential loss of sensible speech with the notion of falling. This is embodied in the extraordinary, striking image delivered in the last few moments of the piece but metaphorically throughout the show Paris is always figured as slowly falling in time and space in a way that embraces but is also beyond human time and space; always falling into a profound darkness beyond human thought and speech.

As always with poetry there is more than one way of interpreting this imagery and there is also more to this piece than I have noted. But I leave it with you.”

Best Before End (2014) was funded by Arts Council England. It premiered at Chelsea Theatre, London, and was featured at the International Federation of Theatre Research in Warwick, 2014. Soundscape by Graeme Miller and Curious. Lighting design by Marty Langthorne. Produced and managed by Artsadmin.