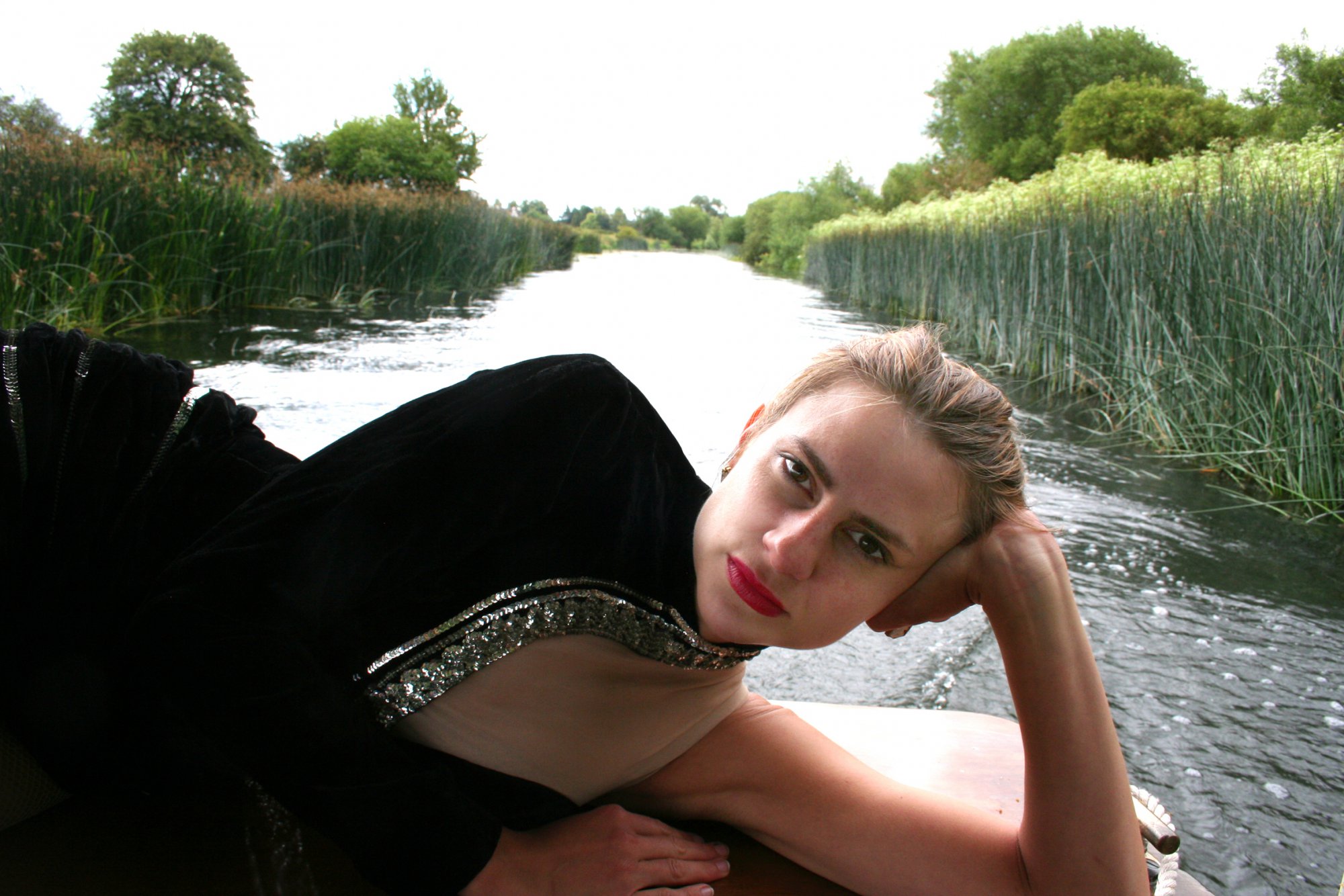 I often say, don’t I Captain Tom? that a boat trip isn’t about Destination, it’s about Destiny.

Audiences experienced a gallery piece 14 Lines at the Swan Gallery in the Royal Shakespeare Theatre in Stratford Upon Avon and were then led to the banks of the river Avon and onto an antique launch boat where the live site-specific performance Slipstreaming took them on a journey upstream. The Slipstreaming crew navigate a route awash with siren songs, mythical yarns and misguided tour guiding. Throughout the performance, stories from the portraits are woven into the narrative along with various cameo appearances, such as that of a couple on a passing gondola serenading each other on cello and flute with music composed especially for them by composer Graeme Miller or a man in a bright blue jacket casting yellow roses onto the water from a bridge for his beloved Marianne.

Most people have heard of the Styx, the river running through Hades from which souls were ferried from the land of the living to the kingdom of the dead. But there were also two other rivers, less known today, tributaries of the Styx named for two goddesses, Lethe the goddess of oblivion and Mnemosyne the goddess of remembrance. When the ferryman brought passengers crossing over into Hades, it was said that the newcomers had to choose which river to drink from. If they drank from the Lethe, which flowed through the cave of Hypnos, its murmuring would induce drowsiness and wash away all memories of their past live and loves so that they could be reincarnated into a new life. If they drank from the Mnemosyne, they would hold on to their memories but would have to remain in the underworld as shades forever – shadows of their former selves. Which would you choose?

Exhibition and live performance commissioned by the Royal Shakespeare Company. An exhibition of fourteen original portraits created in collaboration with Hugo Glendenning with mixed-media installation in the Swan Gallery at the RSC, Stratford Upon Avon, and a site-specific performance created for a boat journey along the Avon. Composers Graeme Miller and Claudia Barton. This piece transferred to London in 2012: a new series of community portraits was created in and around the Worlds End Estate, and the live performance adapted for Chelsea Theatre with an original score by Claudia Barton. Produced and managed by Artsadmin.