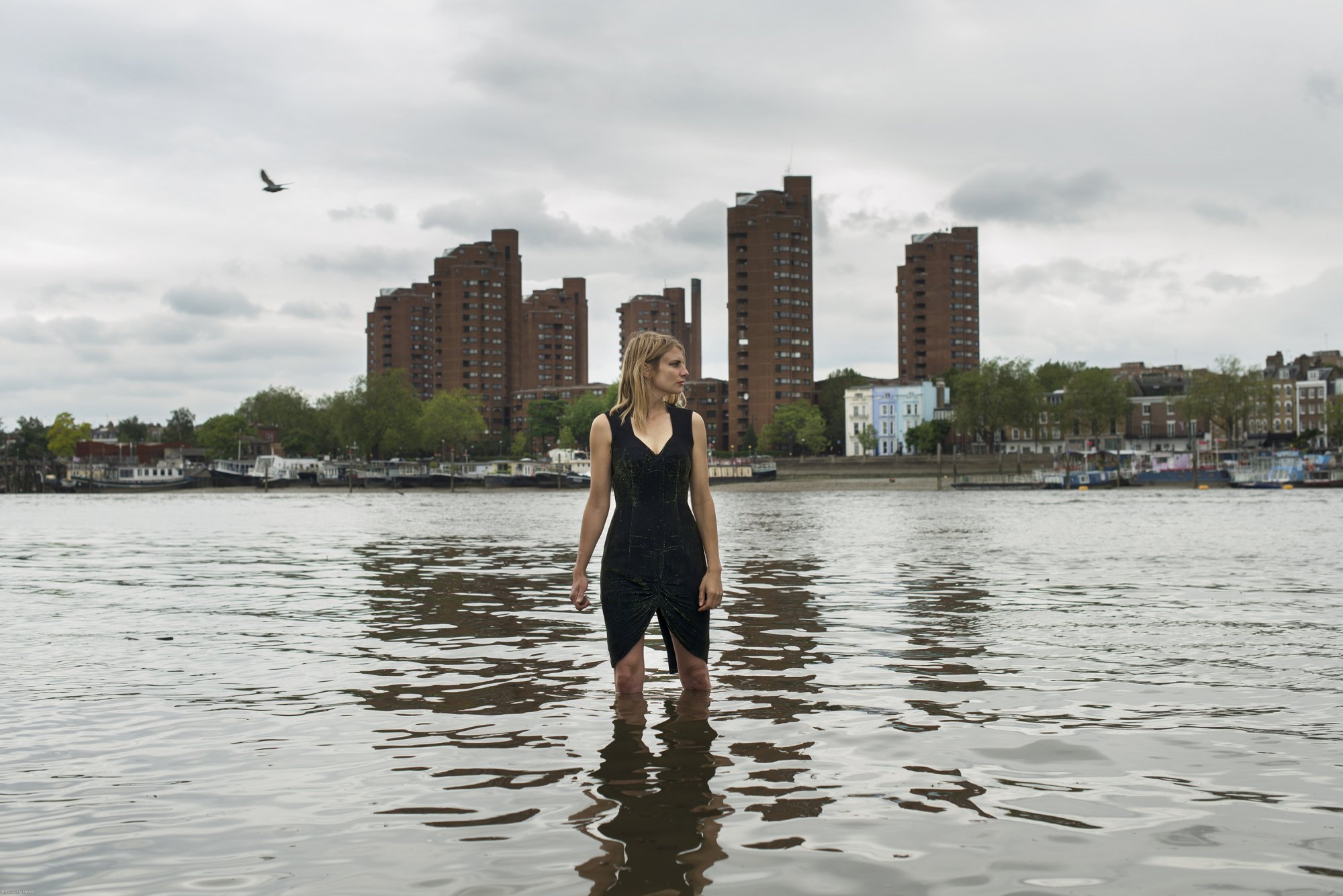 An evening of strong currents, potent drinks and local legend.

Romantic but spatially challenged Odyssey cruise director Miss Paris guides the evening with reckless abandon, through the World’s End estate to the Calypso cocktail lounge at Chelsea Theatre where sultry chanteuse Cloudy Shoreline lures us with her siren song and the philosophical Purser Hill flairs her ‘shadow of your former self’ cocktails while inviting us to contemplate World’s End. Steady your sea legs and step aboard.

World’s End. What a heartbreakingly beautiful place name – so suggestive, so laden with meanings, with peace, with foreboding, with beginnings, with endings. Who first stood here and declared this to be World’s End? According to Peter Ackroyd, this is the very spot where boats sailing into the city from the sea had to turn, or risk ‘bottoming out’, running aground in shallow water. And so, for sailors coming here from around the globe, this place marked World’s End. And here we are.

World’s End is a Harbor. Some come here by choice, some by accident. Some seeking excitement of the Kings Road, some because they had nowhere else to go. Some have been here since the beginning, before the plaster dried and the mortar set. Some have travelled a long, long way.

Lawrence O’Connor, whose portrait hangs here, has made his mark in many ways, as a father, a son, an artist. After enduring homelessness, he and his young mum were the first to move in. He remembers his first night, the air thick with the smell of wet concrete and plaster and breathing a deep sigh of relief to be home. He remembers the first snow and how he wrote in enormous letters, underneath a skinny sapling, LAWRENCE LIVES HERE. The imprint stayed all winter and could still be seen in the grass through the spring. That sapling has grown to an impressive tree with deep roots that still stands here.

Worlds End was accompanied by an exhibition of photographs by Hugo Glendinning who worked with Curious and the residents of the World’s End Estate to document some of their personal odysseys. The portraits were exhibited at Chelsea Theatre as part of the InTransit festival, supported by the Royal Borough of Kensington and Chelsea. Lighting design by Marty Langthorne. Produced and managed by Artsadmin.