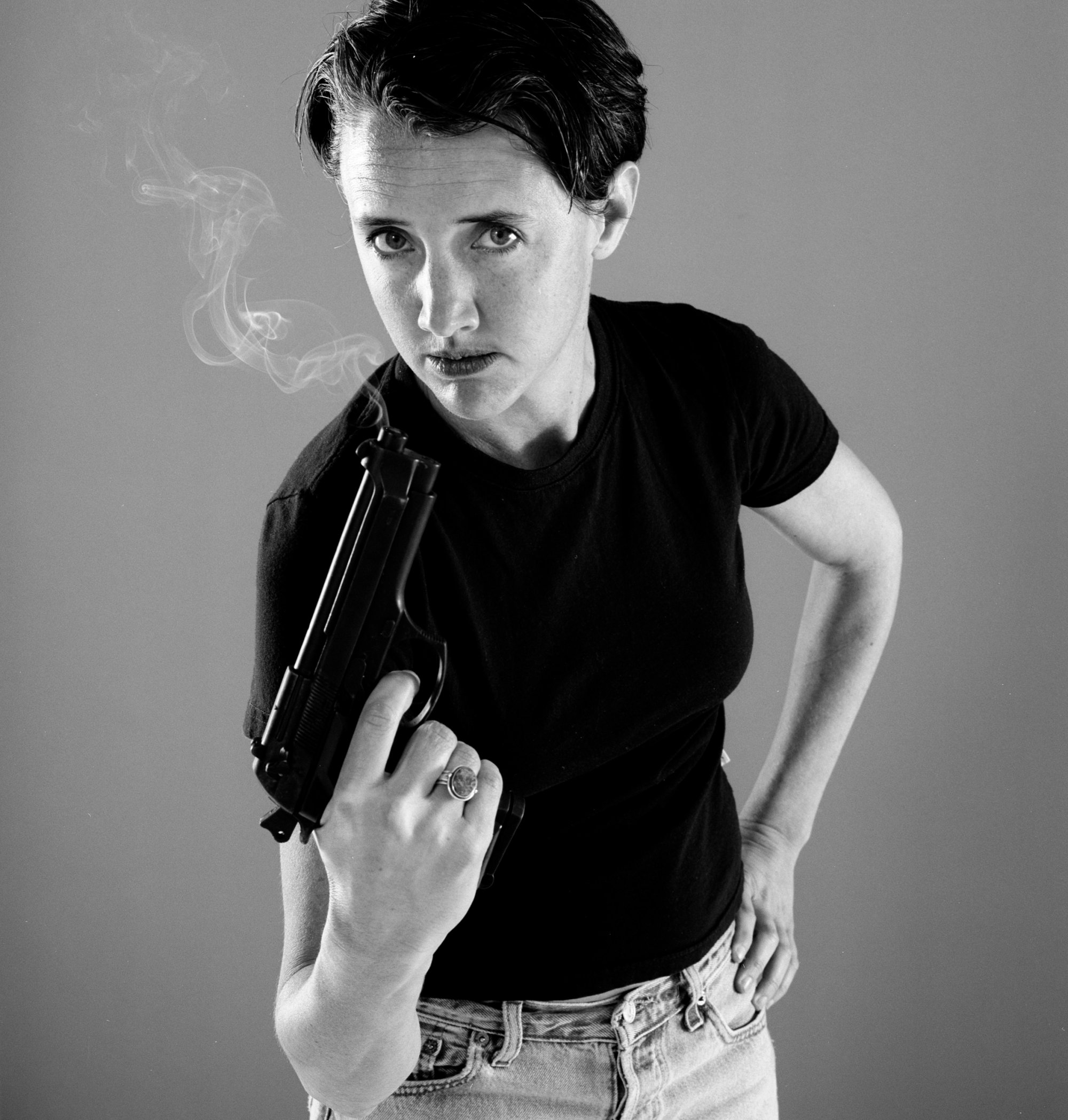 Concepts of ’intelligence’ are questioned in a world where the principal undertaking is preparation for war.

Smoking Gun draws on genetic research which links us all to a shared ancestry, inviting reflections on notions of ‘us’ and ‘them’, victims and perpetrators and migration and survival. Concepts of ’intelligence’ are questioned in a world where the principal undertaking of our time is the preparation for war.

Both Smoking Gun (US) and the companion solo Family Hold Back (UK) were made in response to the US/UK invasion of Iraq. Although each piece is self-contained and can be presented independently, the pairing of the shows problematizes the so called ‘special relationship’.

Written and performed by Leslie Hill, this solo show was commissioned by the French Ministry of Cultural Affaires, Paris, and funded by Arts Council England. It has toured nationally and internationally, including the Sydney Opera House studio theatre and the Drill Hall, London. Produced and managed by Artsadmin.